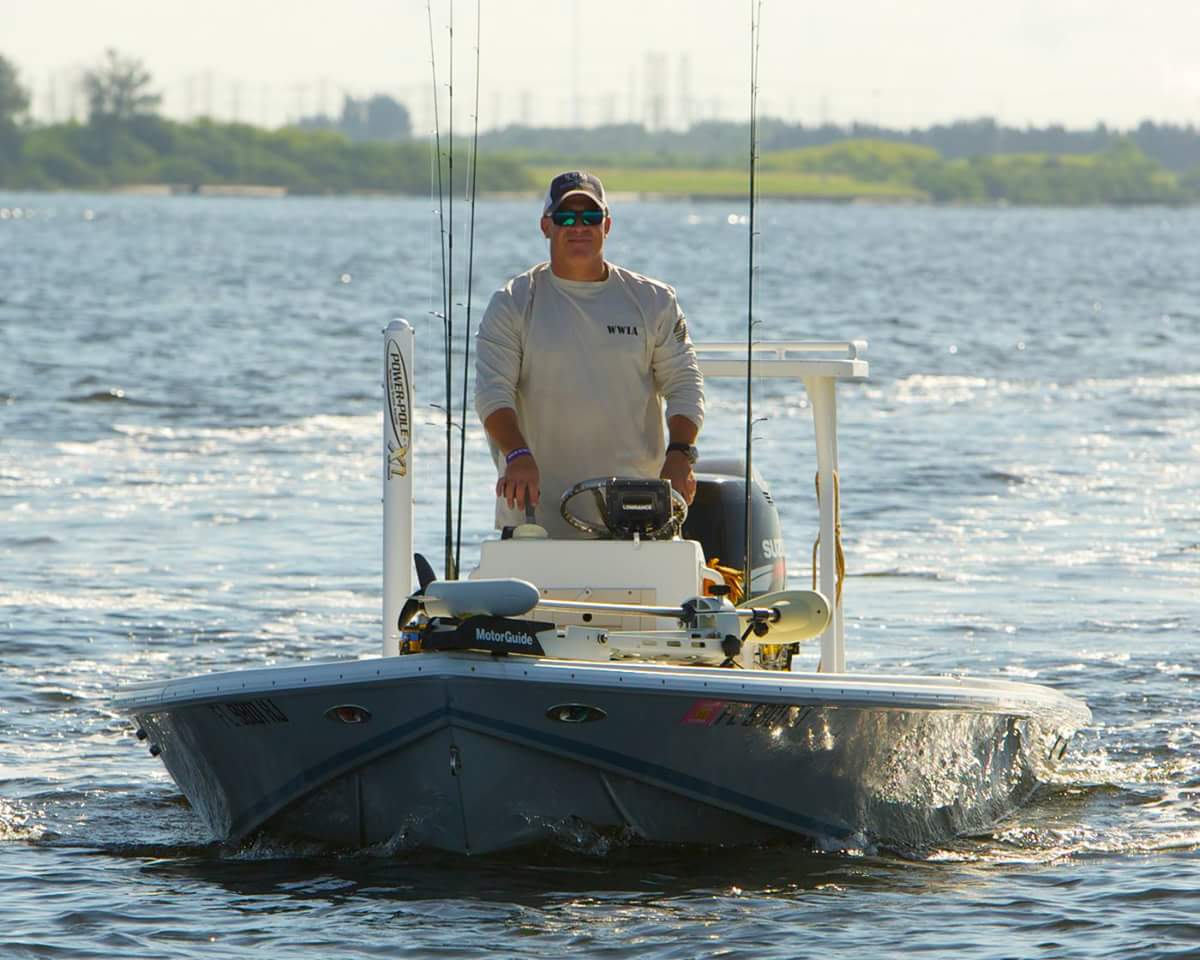 Lieutenant Colonel (Retired) John J. McDaniel served on active duty in the United States Army from November of 1987 to November of 2007. John is a decorated combat veteran, former Infantry Officer, Airborne Ranger, and Master Parachutist with a Special Operations background.

Shortly before his military career ended, John began taking wounded veterans on fishing trips in the Florida Keys and in Tampa Bay. What once was a grassroots initiative has now developed into an ever-growing national charity, the Wounded Warriors in Action Foundation. Although retired from active duty, John says of his work, "I'm not done serving. We simply can't do enough for these tremendous Purple Heart Heroes."

A Master of Business Administration, John is a successful entrepreneur, business developer, and former CEO in the private sector. In addition to his work with the Foundation, John is a certified US Coast Guard Captain, a senior certified USA Hockey coach, an outdoor enthusiast, avid sportsman and conservationist. John lives in Apollo Beach, FL and is blessed by his two sons Dylan and Luke with whom he enjoys spending time exploring the great outdoors and various other sporting activities. 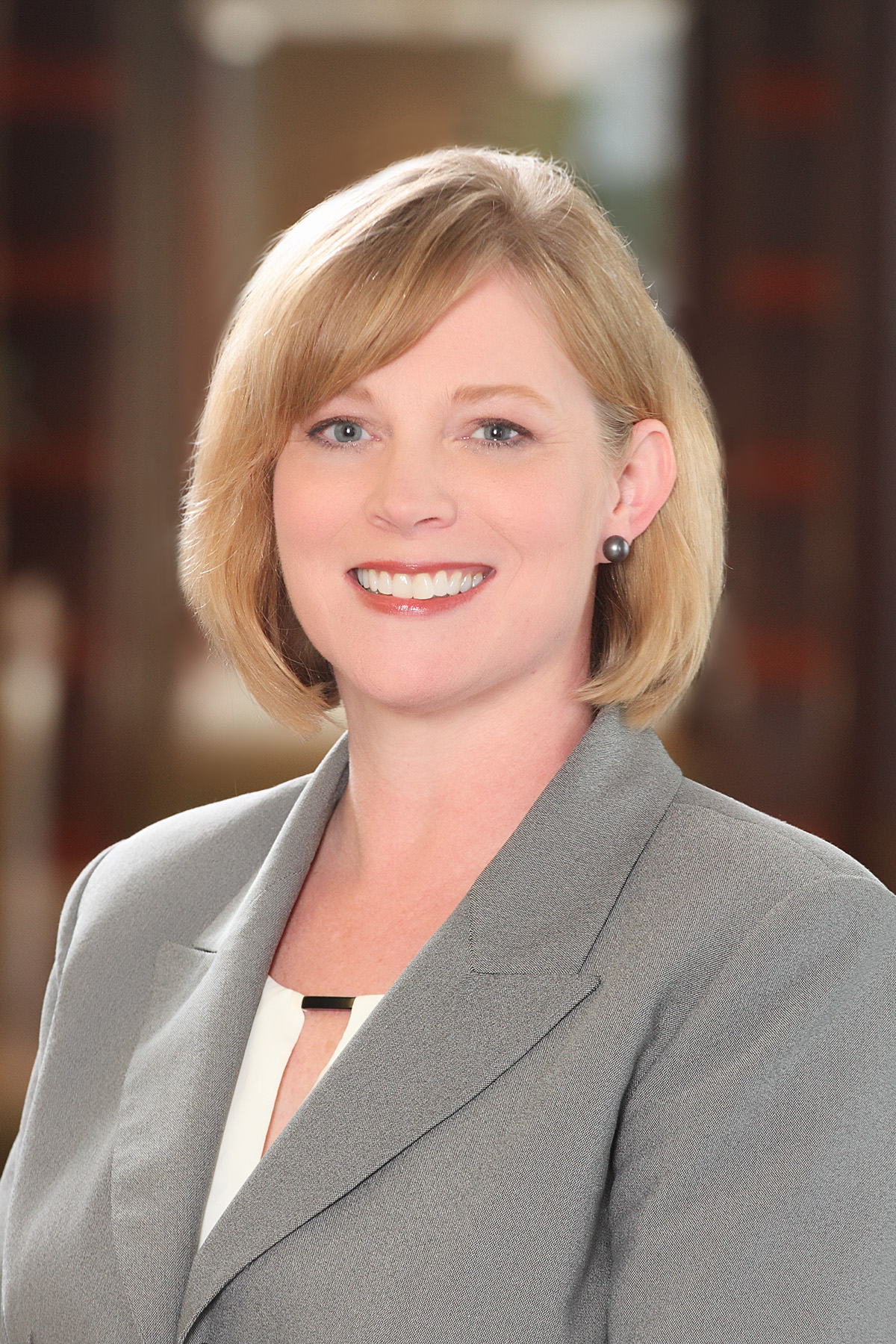 
Legal Counsel and Board Member

Legal Counsel and Board Member

Karen is presently in private practice Of Counsel at the law firm of Taft Stettinius & Hollister LLP. During her nearly 30-year career, Karen has not only run and managed her own legal practice, but has also served as legal counsel to the largest medical device manufacturer in the world. She brings her extensive legal expertise and her diverse business background to the WWIA.

Karen has deep experience in negotiating agreements and resolving complex business disputes. She is a recognized leader in the law. In 2012, she was named as one of Minnesota Lawyer's Attorneys of the Year. In 2013, she was named a ‘2013 Top Rated Lawyer' by American Lawyer Media and Marthindale-Hubbell™. She holds an AV Preeminient® peer review rating, the highest rating in legal ability and ethical standards.

Karen comes from a military family, with a number of veterans who have served our Nation. She supports the work of WWIA in all its various aspects, but in particular she focuses on the business and legal needs of the organization. She solidly believes in the mission of WWIA, and is proud to be connected to this growing, grass-roots organization that is helping to heal the spirits of our combat-wounded Purple Heart veterans. 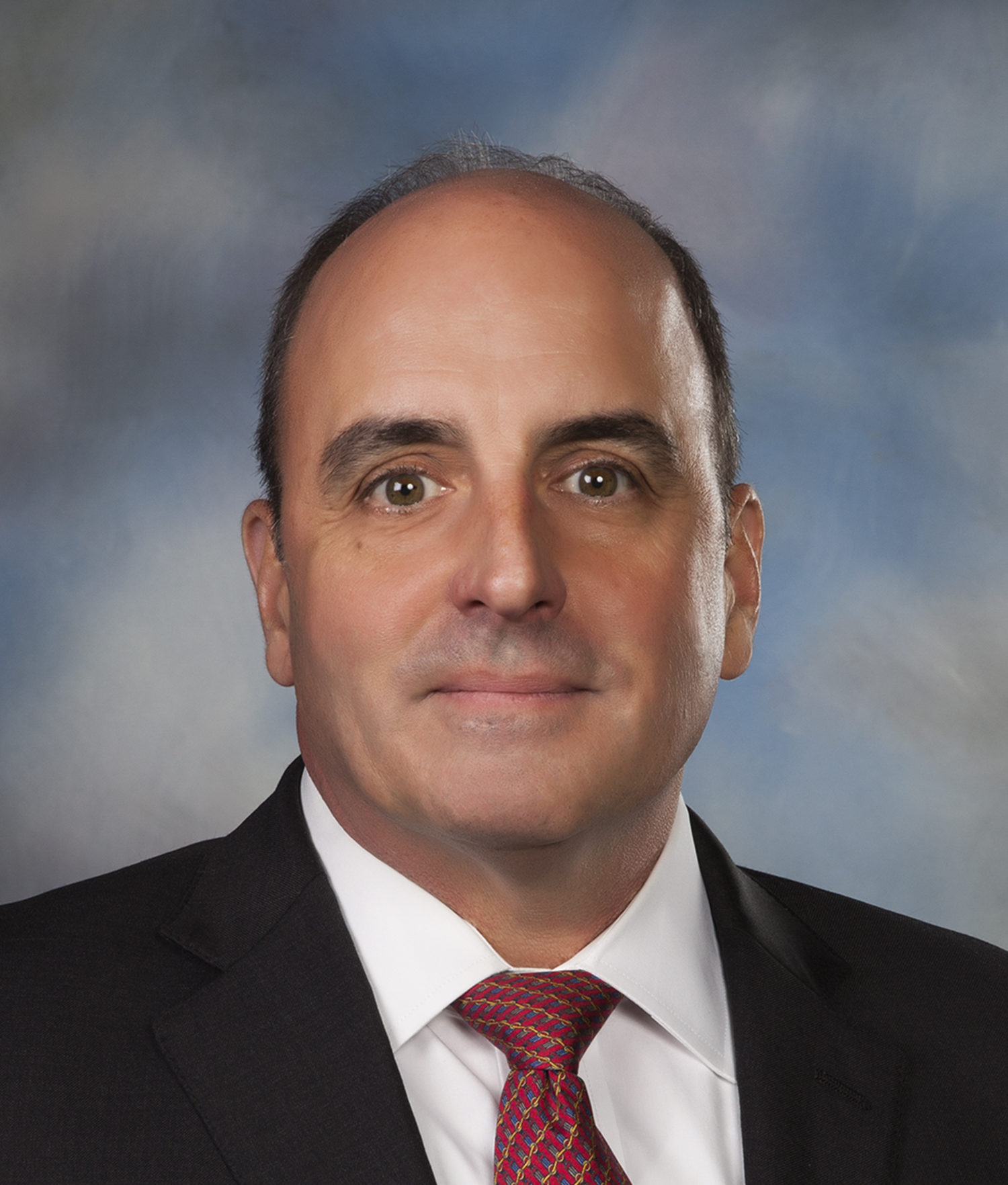 Art Kandarian is a US Army Veteran with over 27 years of active duty service with the United States Army as an Infantry Officer in Airborne, Air Assault, Ranger and Special Operations units. He led platoons and commanded companies, a battalion and he also commanded the 2nd Brigade Combat Team of the 101st Airborne Division (Air Assault). He led the Brigade, known as Combined Task Force Strike during the President’s surge into Afghanistan from 2010-2011. Combine Task Force Strike earned the Presidential Unit Citation and Valorous Unit award for exceptional gallantry in action in a decisive fight.
Art’s last assignment in the Army was as the Chief of Staff for the Special Operations Joint Task Force / NATO Special Operations Component Command - Afghanistan.

Over the course of his military career he deployed on eight combat deployments to Panama, Haiti, Iraq and Afghanistan and is a Silver Star Recipient.

After retiring from the US Army, he worked as the Senior Vice President for Business Development for two years with Combined Insurance, a Chubb Company in Chicago, Illinois. Art then worked as the Senior Director of Supply Chain, then as Vice President of Operations for APR Energy, a global fast track power company in Jacksonville, Florida.
He holds a Bachelor of Arts degree in East Asian Studies from Washington and Lee University and a Master of Science degree in Strategic Studies from the Air War College.

Art has been on the Board of Directors for the Wounded Warriors in Action Foundation since 2007 and is an active supporter, avid outdoorsman and woodsman. “Some of the wounded Soldiers who served under my command have been served by the WWIAF as part of their healing and I know this foundation has helped them. I believe strongly in the foundation’s mission to Honor, Connect and Heal!” 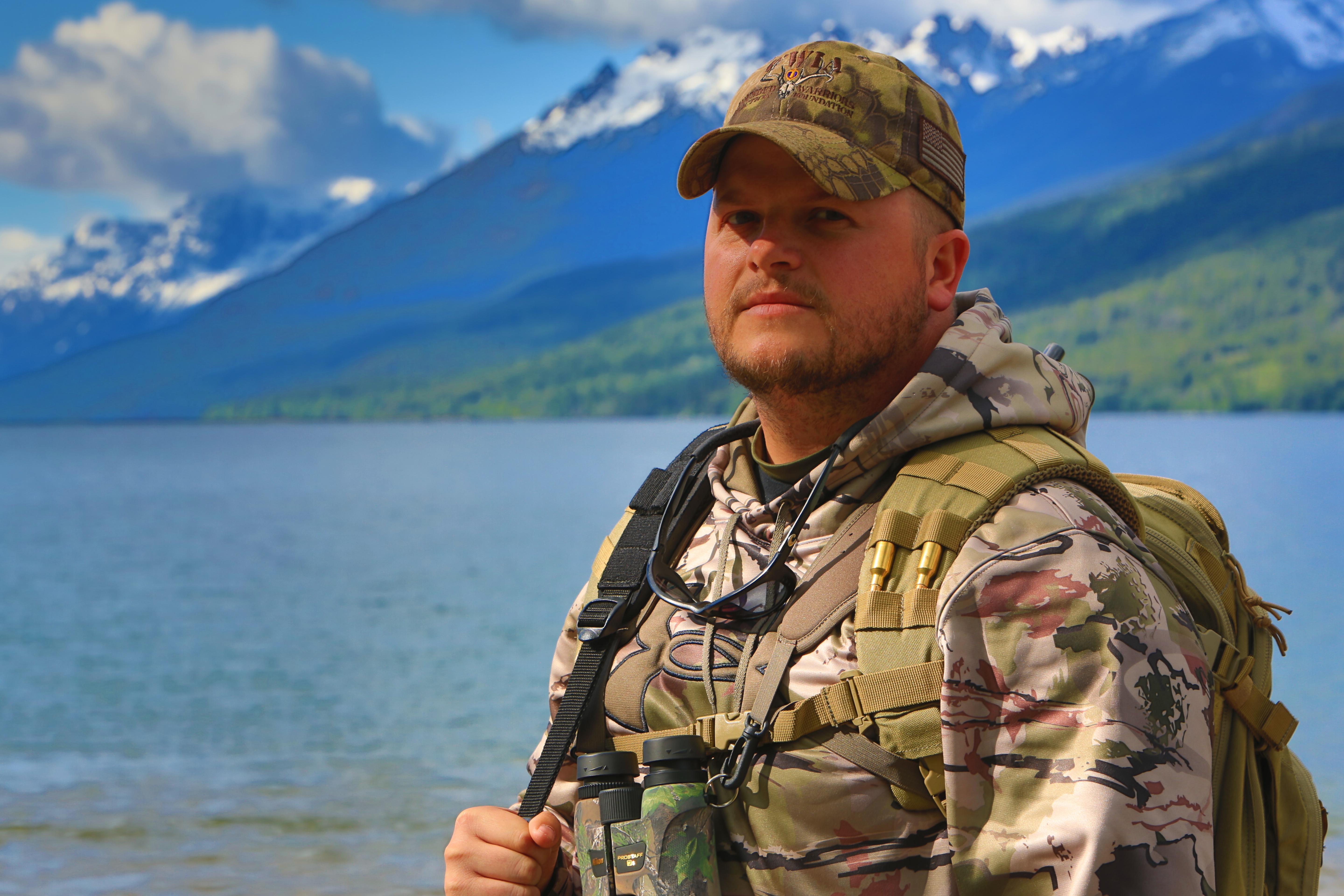 John Keeney is a United States Marine, Purple Heart veteran who enlisted in The Corps after September 11, 2001. He was a Crew Chief on an Amphibious Assault Vehicle during the 2003 invasion of Iraq. Operation Iraqi Freedom ended for John when he was shot in the right elbow while his team was securing Saddam's Presidential Palace in Baghdad. John was a decorated combat Marine who received a medical retirement just three years into his service.

In 2015 John embarked on a new adventure that would change his life. He participated in his first WWIA event and was asked to join the team as an Associate. He has been leading events all over the country since then. In 2019 graduated WWIA Guide School as the Honor Graduate for his class and is now a certified WWIA Guide. John wholeheartedly believes in the WWIA's mission and has personally seen how it is changing lives for the best. His love for this country and the outdoors are the perfect setting to help his fellow Purple Heart recipients get back on their feet after an injury.

John is happily married to his high school sweetheart Kellie. They are raising two beautiful children, Kendall and Kolton in Dawsonville, GA.

As a Board Member, John is continuing to lead WWIA in its mission to serve our nation's combat-wounded warriors. 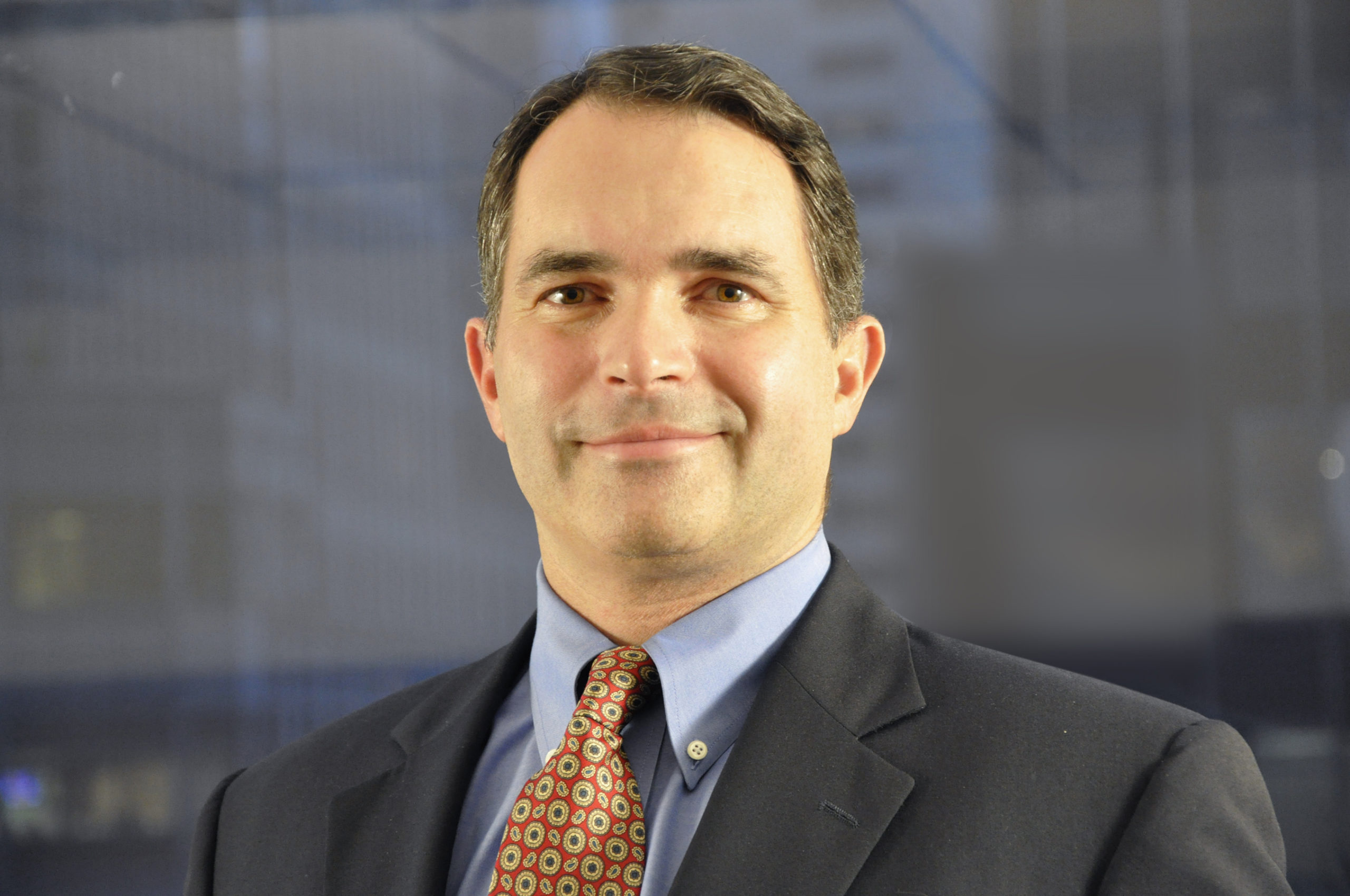 Anthony McCann served on active duty in the United States Army during peacetime from 1986-1989. Tony was a junior officer in the 1/325AIR 82nd Airborne Division.
“My experiences in Ranger school and as rifle platoon leader of paratroopers helped shape me into the person I am today.”

Tony left the Army and started a career on Wall Street with Lehman Brothers in 1990. His next chapter began in 1995 when he joined Chemical Bank (later merged with J.P. Morgan). He now runs Global Leveraged Finance Sales for J.P. Morgan’s Corporate and Investment Bank. Tony graduated from Washington and Lee University in 1986 with a BA in History.

Tony lives and works in New York City. His weekends and free time are spent with family and friends. He is an avid outdoorsman and still plays on a senior ice hockey team. He supports many Veteran organizations and serves on J. P. Morgan’s Military Veterans Affairs Internal Advisory Council.
“Wounded Warriors in Action is my only board position. I believe in WWIA’s mission and its leadership. As a board member I hope to provide guidance from my 30 years of experience in the civilian world of finance and management.” 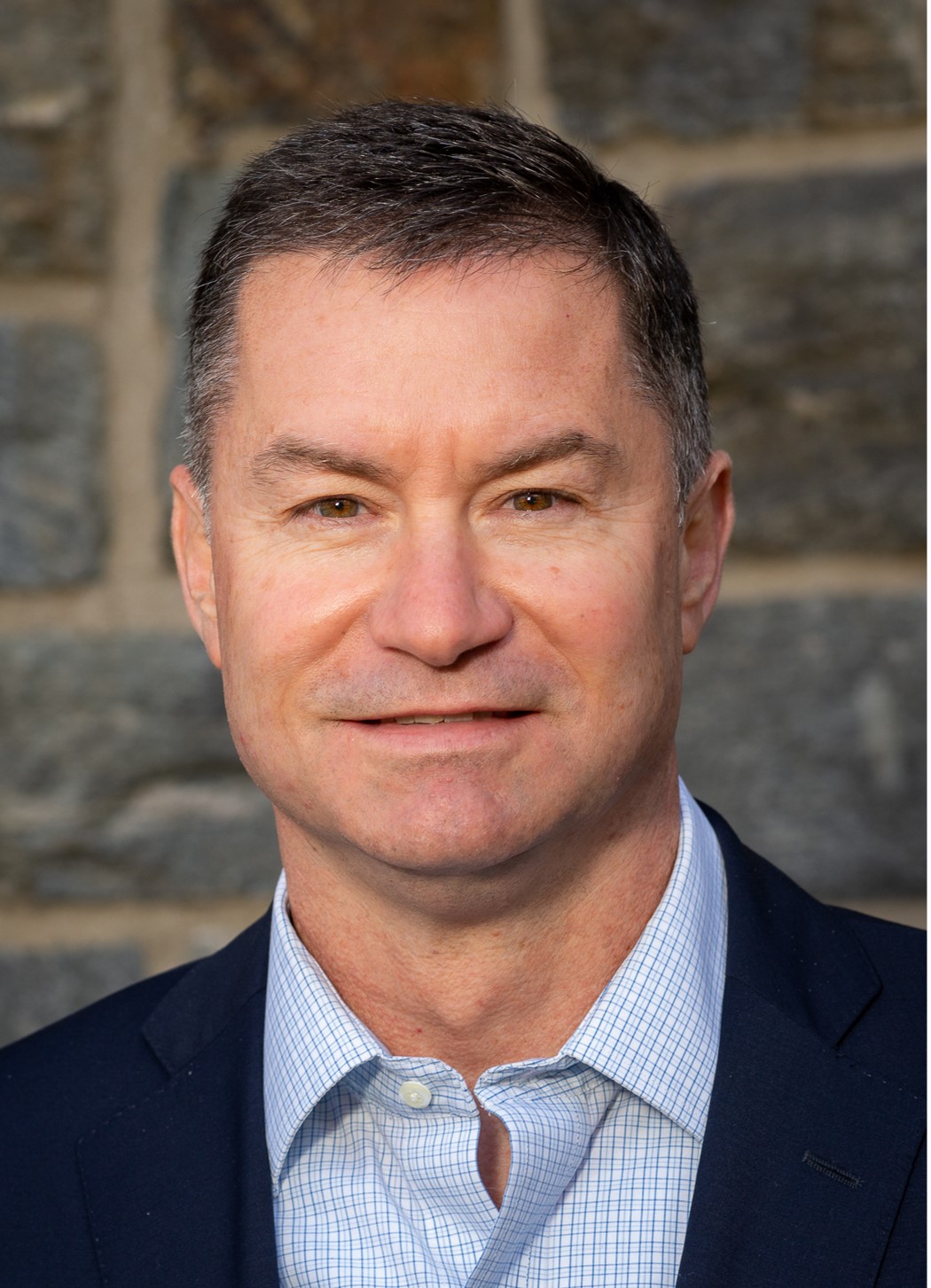 Doug served more than 33 years in the Army retiring as a Major General in 2021. He was fortunate to lead teams up through the 2-star level including both a battalion and a brigade during combat operations. As a career infantryman, Doug’s assignments allowed him to serve in five of the Army’s now twelve active Divisions throughout the United States and Europe.

In addition to these operational assignments, Doug earned a master’s degree in Systems Engineering from the University of Virginia, taught on the faculty at West Point, served two tours in the Pentagon, and was the senior U.S. Army officer assigned to the British Army.

Since retiring from the Army, Doug divides his time and energy between helping to raise the next generation of Army leaders as an Army Senior Mentor, providing corporate leadership development to Fortune 500 companies as a Senior Advisor with Thayer Leadership, strategic advising as an independent consultant, and sharing his passion for the outdoors as an Assistant Manager for an outdoor gear store in Northern Virginia where he now resides.

Though he only recently joined our Board of Directors, Doug has been involved with the growth and development of the Foundation since its inception in 2007 and looks forward to helping guide it’s continued progression to Honor, Connect, and Heal our Nation’s combat-wounded, Purple Heart recipients.