Area residents will have an opportunity to show their support and appreciation for veterans Aug. 5 at Lake Shore Park.

Wounded Warriors in Action provides outdoor sporting activities to recognize and honor each veteran’s sacrifice, encourage independence and connections with communities, as well as promote healing and wellness through camaraderie and a shared passion for the outdoors, according to the organization’s website.

Purple Heart recipients from all over the nation will be escorted through Lake Shore Park between 5:30 p.m. and 6 p.m., led by a motorcycle driven by Capt. Gerald Cornelius of the Ashtabula Police Department, who served as an Army Ranger in the Vietnam War.

“Please help make these Purple Hearted heroes feel the appreciation they deserve,” he said. “The whole idea for going to Lake Shore Park is to let those who may want to cheer and pay tribute to real heroes. Let’s give them a hero’s welcome.”

The American Legion recommends area residents show their support during the escorted ride to Lake Shore Park and suggests residents line the streets on Bridge Street at the lift bridge, as well as Lance Cpl. Kevin Cornelius Memorial Park and Smith Field.

Other events during the weekend include a private fishing trip and steak dinner for the Wounded Warriors in Action, which gives them “time to get to know one another and start to build the bond of brotherhood,” Mackey said.

The service members range from Vietnam veterans to Iraq and Afghanistan veterans. The group is open to letting any service member from any war join their program, the only requirement is that they received a Purple Heart. 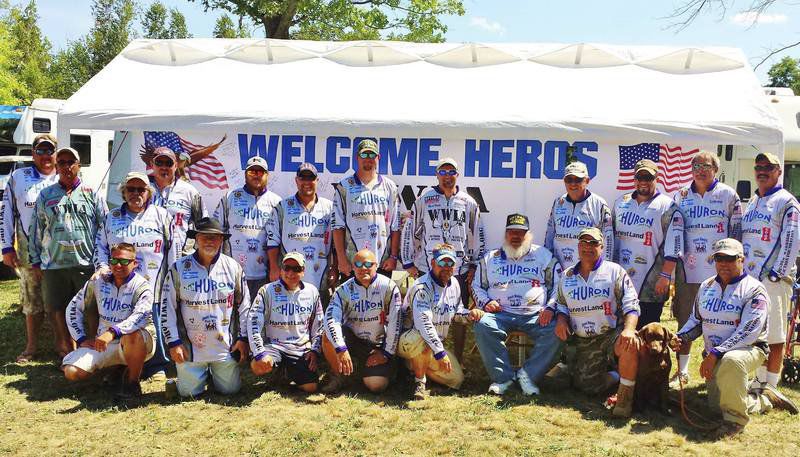 There is no out of pocket cost for service members. The support of the community is appreciated, Mackey said, adding veterans love coming to these events and to Ashtabula County.